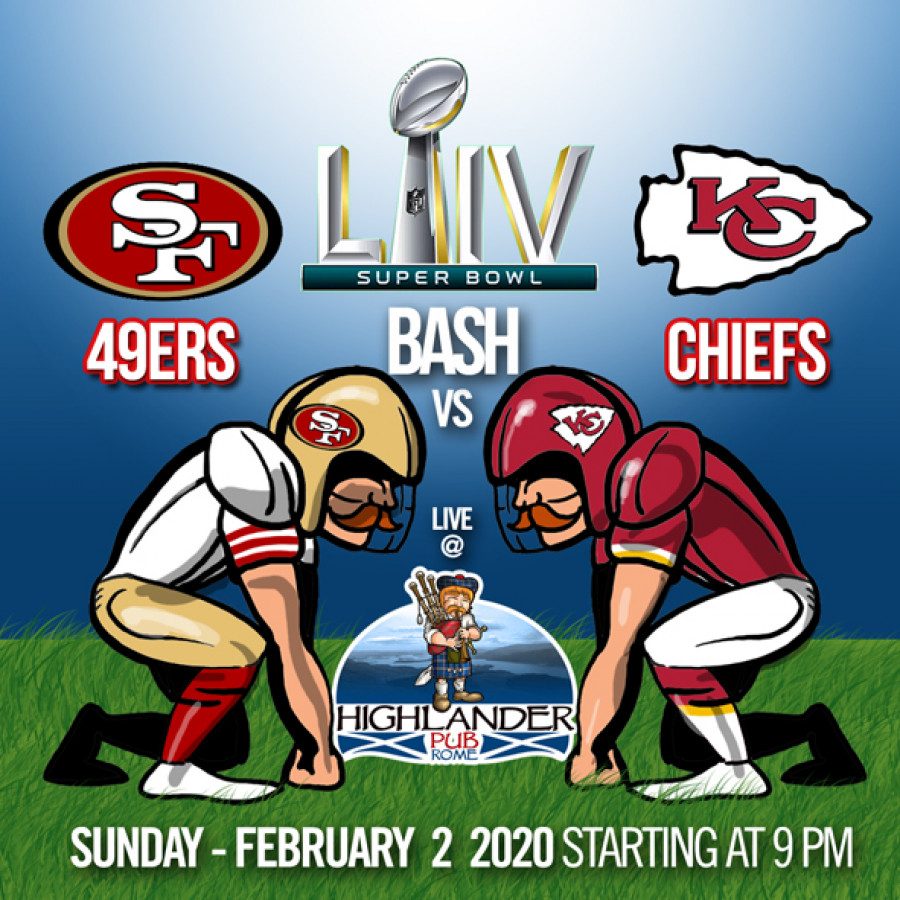 One of our favourite sports events of the year is coming up on Sunday, February 2nd - the Super Bowl 54. The road to Miami has been a bumpy one for some of the teams. The champions of last year and one of the most decorated teams in the NFL - Tom Brady's Patriots were knocked out by the Titans in the Wild Card weekend. Tennessee then shocked the number one seed from the regular season and beat the Ravens at Baltimore. Their dream to reach the final in South Florida was eventually stunned by the Chiefs from Kansas City - considered as one of the big favourites to raise the title but dramatically in their first appearance at the Super Bowl in half a century. That's what happened briefly in the AFC. In the NFC it was quite a flawless run for the 49ers who dominated the conference in the regular season as well as in the playoffs. Who will lift the Vince Lombardi Trophy in Miami? Best place in Rome to find this out is without any doubt the Highlander. We will be televising the Super Bowl with live English commentary and we will surely host a major pregame before the real start of the action.

Here is how we will be proceeding with the bookings on Sunday, February 2nd. We allocate 20 spots with guaranteed seats available to be booked online here. It’s 25 Euro to reserve a seat upfront which includes our special edition Super Bowl LIV t-shirt and two drinks of choice. Bookings are considered until 10pm – those who pay for a seat but fail to arrive by 10pm might lose their spots but they will still be able to get the two drinks per paid voucher. 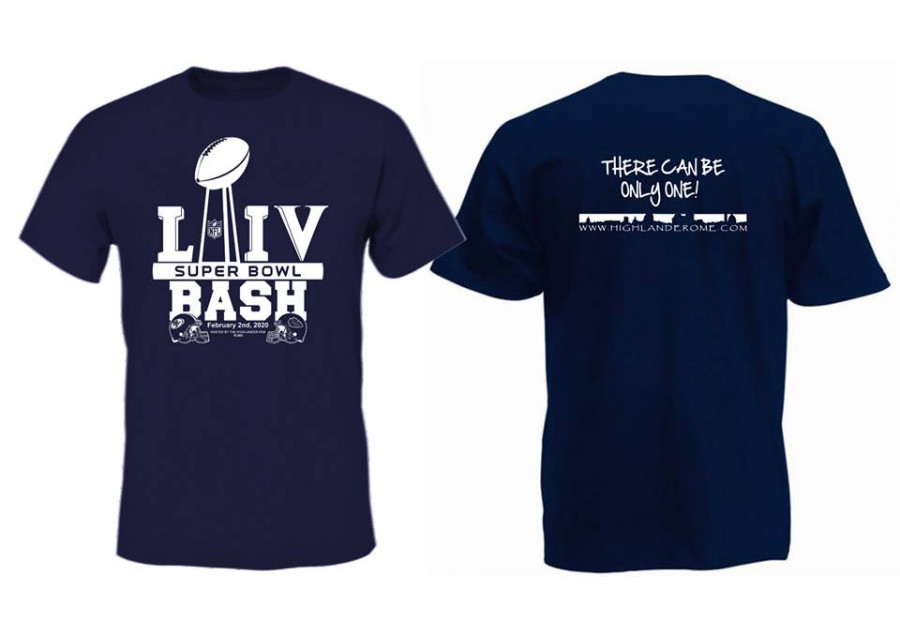 Our bar has about 60 seats in total and apart from the 20 seats we allocate for upfront bookings we will be working on the principle “first come, first served”. We will launch our traditional Beer Pong Tournament – the special Super Bowl edition - approximately around 9pm.

SUNDAY FUNDAY BEER PONG TOURNAMENT – SUPER BOWL EDITION. The spots are limited – we will have a total of 16 teams (32 players) that will be playing on the principle of direct elimination – so respectively we will have a round of 16, quarter finals, semi finals, and a grand final! The winning team will be claiming our special edition Beer Pong Champion t-shirts. Participation in the tournament is FREE of charge – the teams just need to provide their own beer to play! Every round is played with 6 cups on each side. The beer pong tournament will be launched shortly after 9 pm and will be concluded before the start of the Super Bowl game!

To secure your spots for the beer pong tournment in case you are eager about it please email us at [email protected] Once you book just make sure you get to the Highlander at latest by 9 pm.

IMPORTANT: We will be working on "first come, first served" basis not counting the 20 seats we allocate online (those will be kept for the guess who book them until 10pm).

For the past 10 years our bar has been the arena of Rome’s most ultimate and detailed coverage of the American Sports and especially NFL and NCAA football and basketball. The Super Bowl Bash has definitely been the highlight of those. Things are going to be hectic at the bar while we are hosting the Power Hour from 10 to 11pm. The special edition Super Bowl LIV t-shirt will be given to all of you who sign up for our Pizza Buffet/Open Bar. The super bowl t-shirt can be claimed if you score 4 of our pints as well. The offer goes until we run out of stock.

Limited space on the OPEN BAR – only 30 people can access it. The package of the HAPPY HOUR/OPEN BAR + PIZZA BUFFET + SUPER BOWL T-SHIRT is at 30 Euro. The Super Bowl t-shirt is a special limited edition and if we happen to run out of stock we will be giving out our normal Highlander T-shirts. 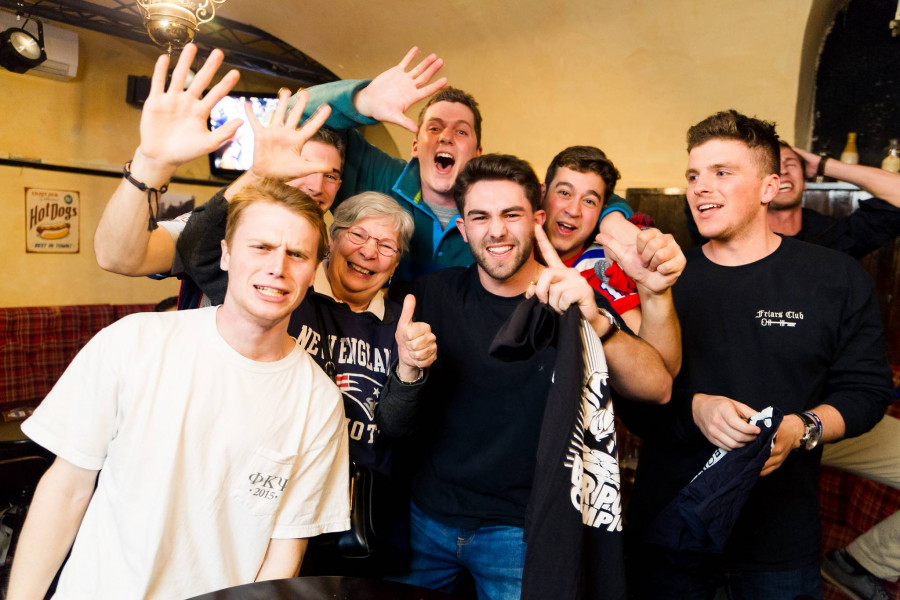